Many leading contesters claim the WAEDC to be the most challenging contest of the year. Being a true blue DX contest, only intercontinental QSOs between DX and Europe are counted (exception is the RTTY part). Therefore the number of DX QSOs here may be similar to the amount of DX usually worked in the CQWW.

Moreover, the unique feature of QTC-traffic adds much fun and another operating challenge to the contest. Here the DX stations transfer real telegrams to the European stations. These telegrams contain data of previously logged QSOs. Each of these records counts one additional point for the sender and the receiver, given that the complete record was logged correctly. Thus, a DX station can actually double its score by sending QTCs. Some European stations, and not only the leading ranks, gain more than 70 percent of their score from QTC traffic.

Hovever, like in any other contest you have to take care about the number of multipliers too. From a DX point of view these are the WAE entities. For the European stations multipliers come from DXCC entities worked and the numerical call areas of several big countries (JA, PY, W, VE, VK, ZL, ZS). Because multipliers are counted per band and on the low bands they count more than on the high bands, there ist significant activity also on 40m and 80m. And remember - every contact is a DX QSO! Reflecting on this, you will work lowband DX as well as highband DX even in the CW part in August as well as in the SSB part in September, despite all seasonal problems in the northern hemisphere. Remember, this part of the year is usually good for lowband activities from the southern hemisphere. For a well equipped station and a dedicated operator worldwide DX is possible on 80m. In addition, the nowadays poor 10m band surprisingly often shows short DX openings with good rates and useful multipliers.

From our point of view, the WAEDCs are significant landmarks in the yearly contest calender, providing highest level radiosport for serious contesters and fun for part time entrants and DXers alike. Join the WAEDC!

Logs need to be uploaded in Cabrillo-Format here:

By submitting an electronic log, the participant claims to fully accept the rules of the contest. A written declaration is not necessary.

Clarification: WAEDC and IARU Bandplan
Dear fellow contesters and participants of our WAEDC contests.
The rule we are discussing today is part of the WAEDC rules for approximately20+ Years! To my knowledge we never ever disqualified or penalized anyone foroperating outside the IARU recommendations.

We might be able to remove the QSOs in question from the scoring, what would be a fair approach for everyone. Some participants detected their mistake and already sent the QSOs as XQSO in their Cabrillo log file.

This way it would not be counted towards the score.
For now we suggest to follow the rules and do NOT operate inside the contest free segments.
You are in very high danger losing these QSOs anyway.

It is highly recommended to follow the IARU Bandplans at all times.

Effective of May 2014 are the General Contest Rules of DARC Committee DX and HF Contesting.

According to IARU recommendations operation should be avoided outside contest-preferred segments. No operation to take place on:

Single Operator stations may only operate 36 out of the 48-hour contest period.

Off times must be a minimum of 60 minutes during which no QSO or QTC is logged.

A contest QSO can only be conducted between a European and a non-European station (exception: RTTY, see §12). The exchange consists of RS/RST and a progressive serial number starting with 001. If the station worked does not send a serial number, log the contact with number 000. Each station can be credited only once per band.

For non-European stations the multiplier is the number of countries defined in the WAE Country List (see below) worked per band.

For European stations every non-European DXCC entity counts as a multiplier.
Exception: In the following countries up to ten numerical call areas count as multipliers:
W, VE, VK, ZL, ZS, JA, PY and RA8/RA9 and RAØ – without respect to their geographical location.

Multiplier bonus: Country multiplier points are "weighted" by band. Multiply the number of countries worked on 3.5 MHz by four, on 7 MHz by three, and on 14/21/28 MHz by two. The total multiplier is the sum of the weighted multiplier points of all bands.

Additional points can be achieved by QTCs. A QTC is the report of a contest QSO back to a European station (exception: RTTY, see §12).

The final score is the result of total QSOs plus QTCs on all bands multiplied by the sum of all multipliers weighted by the band bonus factor (see §6).

Violation of the rules of the contest or unsportsmanlike conduct will be deemed sufficient cause for disqualification. The decisions of the contest-committee are final.

Logs need to be uploaded in Cabrillo-Format here:

By submitting an electronic log, the participant claims to fully accept the rules of the contest. A written declaration is not necessary.
Note: After publication of the results all logs will be put into the DARC Contest Logbook (DCL).

After the contest use a proper logging program or LM from DL8WAA to enter your data.

If you do not have a computer, please ask a friend or family member to import the log.

The club score is calculated by adding the final results of all participating club members in all three WAE contests, excluding SWLs. To be counted, the name of the club has to be indicated in the log on a separate header line using the keyword "CLUB".

The club must not be an official national amateur radio club. For a club to be listed, a minimum of three logs must be submitted.

A trophy is sponsored for the top DX (non-EU) and the top EU clubs.

For DL stations participating in the German DARC/VFDB-Clubmeisterschaft put your DOK in the log on a separate header line using the keyword "SPECIFIC".

In the RTTY portion of the WAEDC there are no continental limits; everybody can work everybody. Only QTC traffic must be performed between different continents.

Every station may send and receive QTCs. The sum of QTCs exchanged between two stations (sent plus received) must not exceed 10 (ten).

The European and non-European multipliers indicated in §6 count for all stations.

Log deadline is always seven days after the end of the contest.

14 Criteria for WAEDC Awards and Plaques

Continental winners will receive a plaque. Printable online certificates will be availabe for all stations on result publication.

Entries from countries split by numerical call areas for multiplier reasons (see §6) will be listed according to their reported location within their respective geographical call area.

Stations who activate a WAE country for the WAEDC from where no log was received over the last three years will be recognized as "WAEDC Hero" and receive a special prize.

Stations who have been in the Top-Ten/Top-Six list for at least five times can apply for a special plaque.

The Top 3 entrants of every category (Single OP Low EU, Single OP High EU, Multi-OP EU, Single OP Low DX, Single OP High DX, Multi-OP DX) have to send an audio recording of the received and own signal of the whole operating period. This has to be done ONLY ON REQUEST of the Contestmanager. If a station failed to send the requested recording, all not direct checkable QSOs can be removed. This is not recommended for RTTY.

Congratulations and thank you again for your participation. Your contest certificate comes as a file in the well supported PDF document format. You can print it easily on your own.

Additional remark:
In the past not all plaques and certificates have made their way to the winners. Some items were returned by the mail service and are now back with the Contest Manager. If you still miss something you might want to have a look here too. 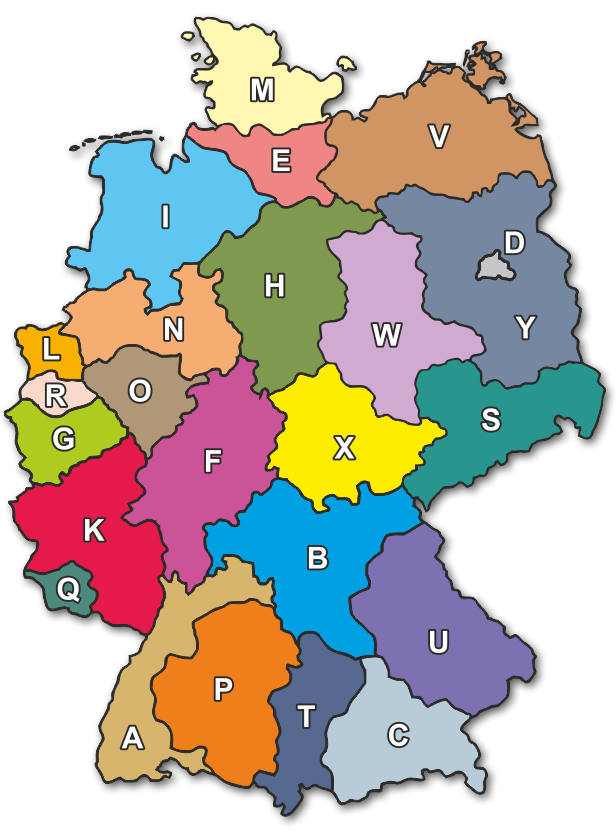